We’ve all been in meeting when a client says that their target demographic is ‘Alice’ a 21-35-year-old woman who lives in London, loves wine, brunch and dogs and is married with 2.4 children. But what does this really mean in today’s marketing landscape? In the age of individualism, pen portraits seem like a counter-intuitive way to speak to an audience who don’t want to label themselves and, value what makes them stand out from the crowd. So how do we speak to a group that no longer wants to be a group?

In a recent study, conducted by the student discount site UniDays, it was revealed that 53% of Gen Zs state their “favourite brand” is able to “understand them as an individual”. Moreover, McKinsey’s 2018 research on the ‘True Gen’ stated that 58% of those surveyed said they’re willing to pay more for products and services that highlight their individual personalities. So, if we take on board that information as marketeers, the use of pen portraits to whittle down a group’s identity to fit into neat brackets means that we are losing what this audience values most about communicating with that brand.

As individuality is placed so highly amongst this generation it’s our job to ensure that when we are trying to speak to our desired audience, that there is an element of personalisation included, or else we lose a huge percentage of our intended audience before a campaign has even begun. In turn, by using these portraits, us as marketeers are making a huge assumption that people will act in the way that you expect them to – an ability we can only dream of in our line of work!

It’s not only Gen Zs who are often lumped together as one singular entity with similar needs and interests, but we also have to look to how products and brands speak to those in the over 65 age group. The over-65s age bracket spans a range of interests, abilities and desires that simply can’t be summed up under the category of the ‘senior citizen’.

Take @baddiewinkle, for example, a 92-year-old grandmother from America who in 2016 fronted a campaign for the fast fashion company, Missguided. I’m sure that @baddiewinkle, real name Helen Ruth Elam, wasn’t part of Missguided’s original pen portrait or even on their radar as a potential model for the range. However, it appears that the brand kept an ear to the ground and realised the importance of moving with the times and expanding your target audience in order to engage and evolve your brand. It is this evolvement and constant redevelopment of your target demographic that allows you to engage with an audience that doesn’t want to label itself as one thing or another. 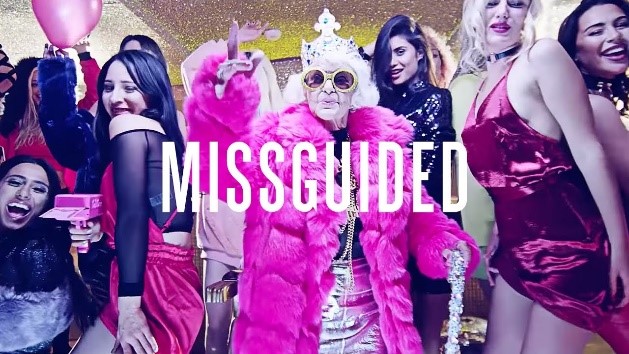 It is interesting to note that Facebook is now advising that the best way to raise brand awareness was in fact to not target a specific audience group but to cast a wider net. The reasoning behind this switch is so that Facebook’s algorithm can do the work of the marketeer, in that it will refine in on a select audience profile who actively engage with your content. Facebook believe that the algorithm they have created is far more effective than traditional targeting and allows for a diverse audience base who want to authentically engage with your content. With the growth and expanse of technologies in this field, pen portraits no longer are the most effective way to raise your brand awareness.

Now, I’m not saying that pen portraits don’t have a place anymore, in fact they are a very useful tool to help identify your core audience and a great starting point when it comes to formulating your brand messaging and identity. But what marketeers need to remember and implement, is that these portraits need to be fluid and transitional, meaning that they can grow and change with the cultural times and also with how that existing, and growing, audience might transform during your campaign. Therefore, having a pen portrait as more of a rough estimation of who you want to reach, over a fixed and static goal, feels more appropriate in today’s cultural landscape and allows for that element of personalisation that today’s audience craves. And it’s not too difficult to implement. ‘Alice’ doesn’t have to be all of those elements that make up her pen portrait at once, but instead we focus on one or two of those features, dependent on the campaign, which means are can reach the widest audience without losing the personal element this modern demographic craves.

If individualism is key, then pen portraits will need to move with the times.

Want to hear more from us? just leave us your email and our team will get in touch.